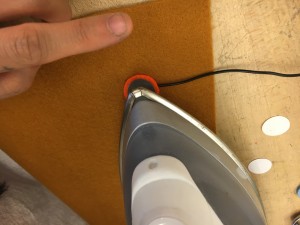 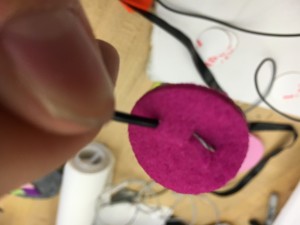 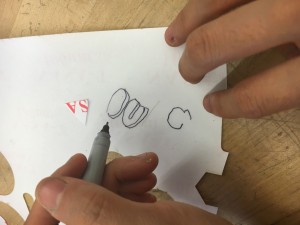 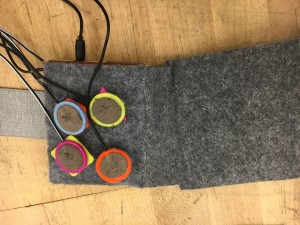 Sara from our last prototype was able to touch the sensors however we noticed that it was difficult for her to move her hand from one sensor to another. So for this iteration we created smaller sensors for her finger to touch easily. Also we wanted to get rid of the board because it’s restricting so we wanted to use a more soft modular surface for her to use as a platform to communicate. We used velcro to attach the sensors to the fabric so that she still has the opportunity to move these sensors to her fitting.

We want to get feedback from this iteration to see if it is more comfortable way for Sara to reach these sensors. In the future although we find that communicating what she needs to her providers is important we want to create a way for Sara to express herself through sound. 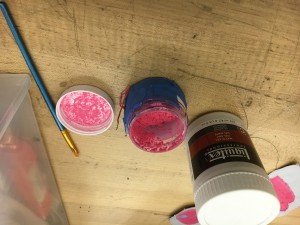 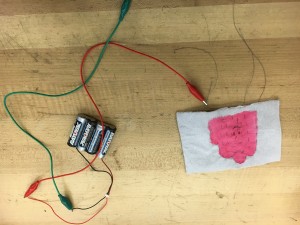 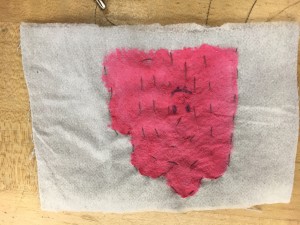 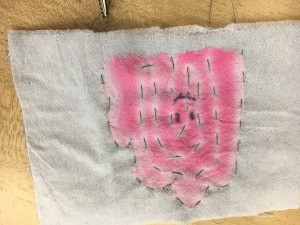 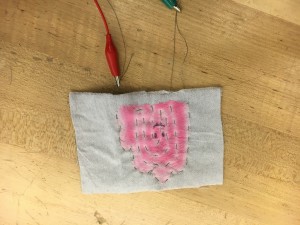 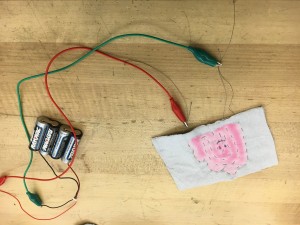 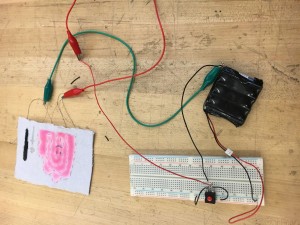 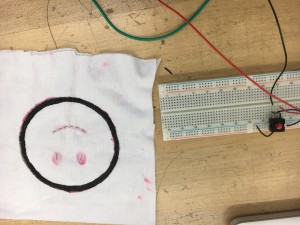 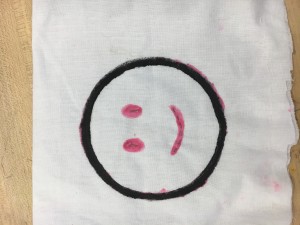 Goal: My goal was to create an anonymous message underneath thermo ink, (inspired by secret messages). I used conductive thread and outlined my hand to paint for the idea when people place their hand on it they would see what’s underneath. I mixed matte gel ink with thermochromic pigment and used multiple layers, however it didn’t cover the face that was underneath 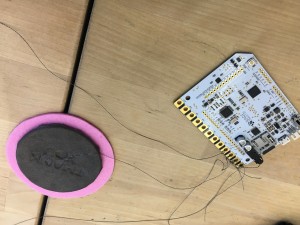 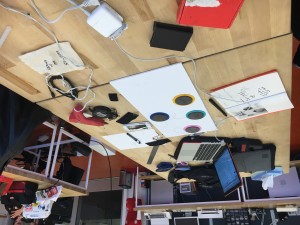 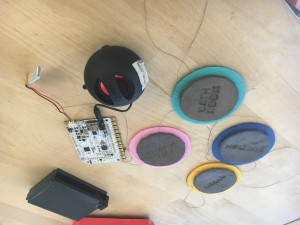 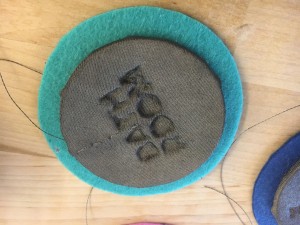 When designing our second prototype we wanted to create very sensitive touch sensors for Sara so it would be easy for her to give out voice commands. We took away the ink because we wanted something a bit more physical for Sara to touch and to get a sense of. We created these sensors out of conductive fabric, conductive thread, and nylon. We also imprinted some words and associated different colors with different voice commands. Using the bareconductive board we upload sound mp3’s to the board and also attached a board where Sara can move the sensors around if she needs to.

So for our team we created tangible touch sensors for Sara that gave out commands such as (bathroom, suction, hello, and thank you) so Sara can communicate with her care takers. After the video call we had last Friday, we saw that Sara was able to touch the sensors! We are really excited and we believe Sara is also.

We believe our next steps is to create more sound commands for Sara to communicate with her caretakers and even perhaps get a bit more creative and help Sara express as well.

New Concept:How might we consider Sara’s limited amount of pressure she can exert with her hands? Our team goal is to help Sara communicate with others so we decided to actually take a step back from trying to create the perfect glove and instead go back redesigning our concept. This time around we want to know if Sara has the capability of pointing and touching something. We know that she is able to move her arm around whether it is controlled or not so we want to work with that. We created several switches that when Sara points close by or touches it will give out a sound. (For example “Hello”,”Bathroom”,”Thank you”). 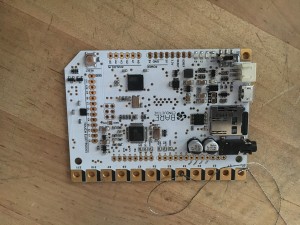 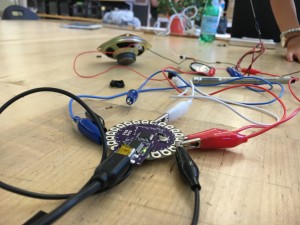 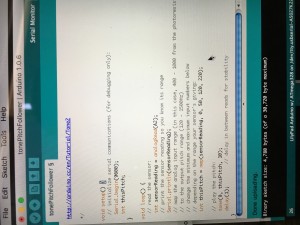 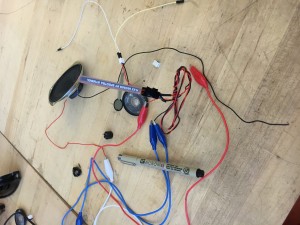 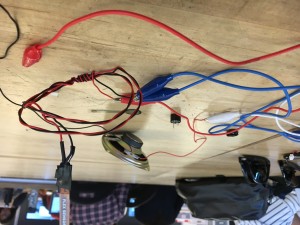 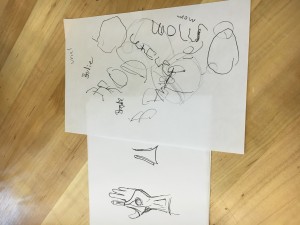 Today in class we learned how to proceed towards prototypes as well as get an understanding of what we want to accomplish in the first round. We used flex sensors today and got down ranges we want to put into our sketch.